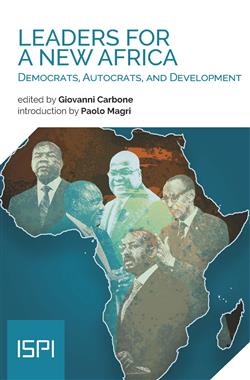 Leaders for a new Africa. Democrats, autocrats, and development

Political leadership can be a crucial ingredient for the development of sub-Saharan Africa. The region has been going through important transformations, with both political landscapes and economic trajectories becoming increasingly diverse. The changes underway include the role of leadership and its broader impact. This volume argues that, on the whole, African leaders and the way they reach power generally do contribute to shaping their countries' progresses and achievements. It also zooms in on some influential African leaders who recently emerged in key states across the continent, illustrating and explaining the individual paths that brought them to power while reflecting on the prospects for their governments' actions. Far from the simplistic stereotypes of immovable, ineffective and greedy rulers, the resulting picture reveals dynamic and rapidly evolving political scenarios with key implications for development in the region.

Another book on the wall